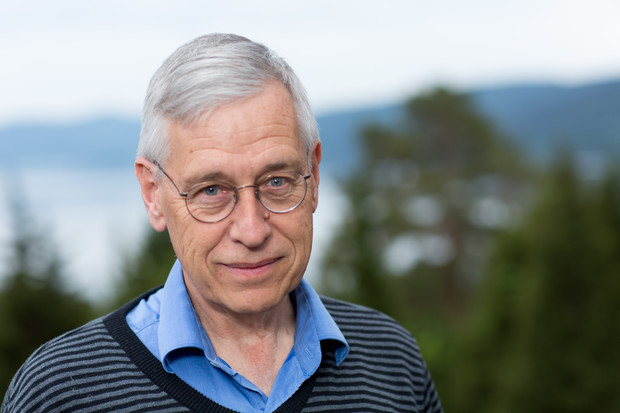 Torbjørn Hobbel was born in 1951 in Oslo, Norway. He took his M.A. at the University of Oslo in 1979, specialising in Nordic languages and literatures, history and the history of religion. From 1979 to 1994 he worked as a teacher in various colleges in the Oslo area. Since 1994 he has worked full time in Acem travelling and conducting courses and meditation retreats in Scandinavia, The Netherlands, Great Britain and India. He is Chairman to Acem India, which he founded March 29, 1998.

Mr Hobbel is living in Oslo with his wife Sigrun Hobbel (MA), who has practised Acem Meditation since 1974 and is an Acem Meditation Preceptor and a member of the Acem Board. They have two children, one daughter and one son.

He is one of ten Acem preceptors (Acem has 195 instructors in different parts of the world), and he is working closely with Dr. Are Holen MD, PhD, the founder of Acem, in developing the psychology of Acem Meditation. Dr. Holen is a trained psychotherapist, and a world-renowned expert and researcher in stress psychiatry.

In 1973, Mr Hobbel was trained as a communication group leader. The communication group is a psychological group process developed in Acem since 1970, a kind of social reflection, which helps one’s introspection and self-understanding. Besides Acem Meditation, different group activities are Acem’s main methods of human development.

He is adviser to the Acem School of Yoga, see Norwegian website.

For 20 years Mr Hobbel was editor of Dyade, a Scandinavian magazine focusing on topics within culture, psychology, philosophy and meditation. He is now on the board of Dyade. He has published a number of articles on Acem Meditation and cultural topics.

He is also developing websites for Acem.